Arthur Traldi is a Senior Attorney-Consultant at Lexpat Global Services.  An international litigator, Arthur provides consulting services on legal capacity-building, rule of law, investigations and litigation, including the investigation, litigation and adjudication of crimes against humanity, war crimes, and genocide.

As a consultant, Arthur has done capacity-building work with professionals responsible for complex criminal cases in Europe, Africa, and the Middle East and advised on investigations into atrocity crimes.  He regularly gives talks and trainings on international law and has published on prosecution of atrocity crimes by ISIS members, the work of the Special Tribunal for Lebanon, and procedural issues in specific trials in Cambodia and Saudi Arabia.

Arthur received his J.D. from Georgetown University Law Center and his undergraduate degree from the College of William and Mary.  He is certified to practice law before the state courts of Pennsylvania, the Kosovo Specialist Chambers, the Special Tribunal for Lebanon, and the United States Supreme Court.  He serves as a Co-Chair of the American Bar Association’s International Criminal Law Committee; as a member of the Kosovo Specialist Chambers Independent Representative Body of Counsel’s Executive Committee; as a member of TrialWatch’s Expert Panel; and on the lists of arbitrators for the Financial Industry Regulatory Authority and the American Chamber of Commerce in Kosovo. 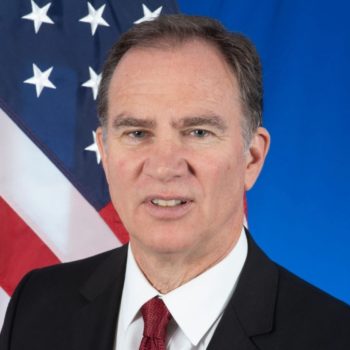